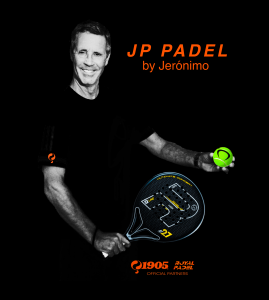 My name is Jeroen but Spanish friends call me Jeronimo because my Dutch name is too difficult to pronounce.
I always say; “Having a good time”. I think because it’s written in my surname Havinga.
Coincidence?? Born in 1962, the same year that Mr. Enrique Corcuera invented the first Padelcourt on Earth!!

Because of my work I had to stay a lot of times in Madrid & South of Spain in 2005 & 2006. My Spanish friends introduced me with Padel and ofcourse I played a lot of Padel (no lessons). I played tennis on a Padelcourt, but good enough to have a lot of fun!
In 2007 I had another job and no trips to Spain anymore….. 9 years passed, no Padel and almost forgot about Padel….

But in 2015 I heard that Padel was becoming more populair in Holland and a few clubs had padelcourts, like in Huizen, Amsterdam & Lelystad.
I told my tennisclub Elckerlyc to build 2 Padelcourts….. but nobody knew anything or heard about Padel….. In 2016 we played with different groups at PadelDam to make Padel more populair for our members. In January 2017 the members had to vote for 2 Padelcourts.
On 5th of May 2017 we had the opening of our 2 new Padelcourts at Elckerlyc in Purmerend with 350 curious visitors!! In May 2022 3 more Padelcourts,

I passed my exam for Padelinstructor in March 2017 because most tennisteachers where not interested or had no time for Padel. It started as a hobby in 2017 and now a busy hobby with Padel lessons, Padel clinics for schools, groups, companies, Padeltrips to Spain, selling Padelrackets and clothes.

In 2018, selected for the national veterans Padelteam of Holland to participate at the World Championship of Veterans in Spain!! What a experience to play against Argentina & Portugal…. The Padel university of PADEL….
16 countries and we ended in 10th place. 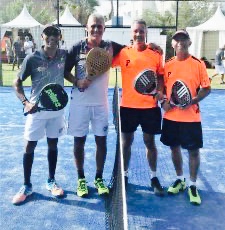